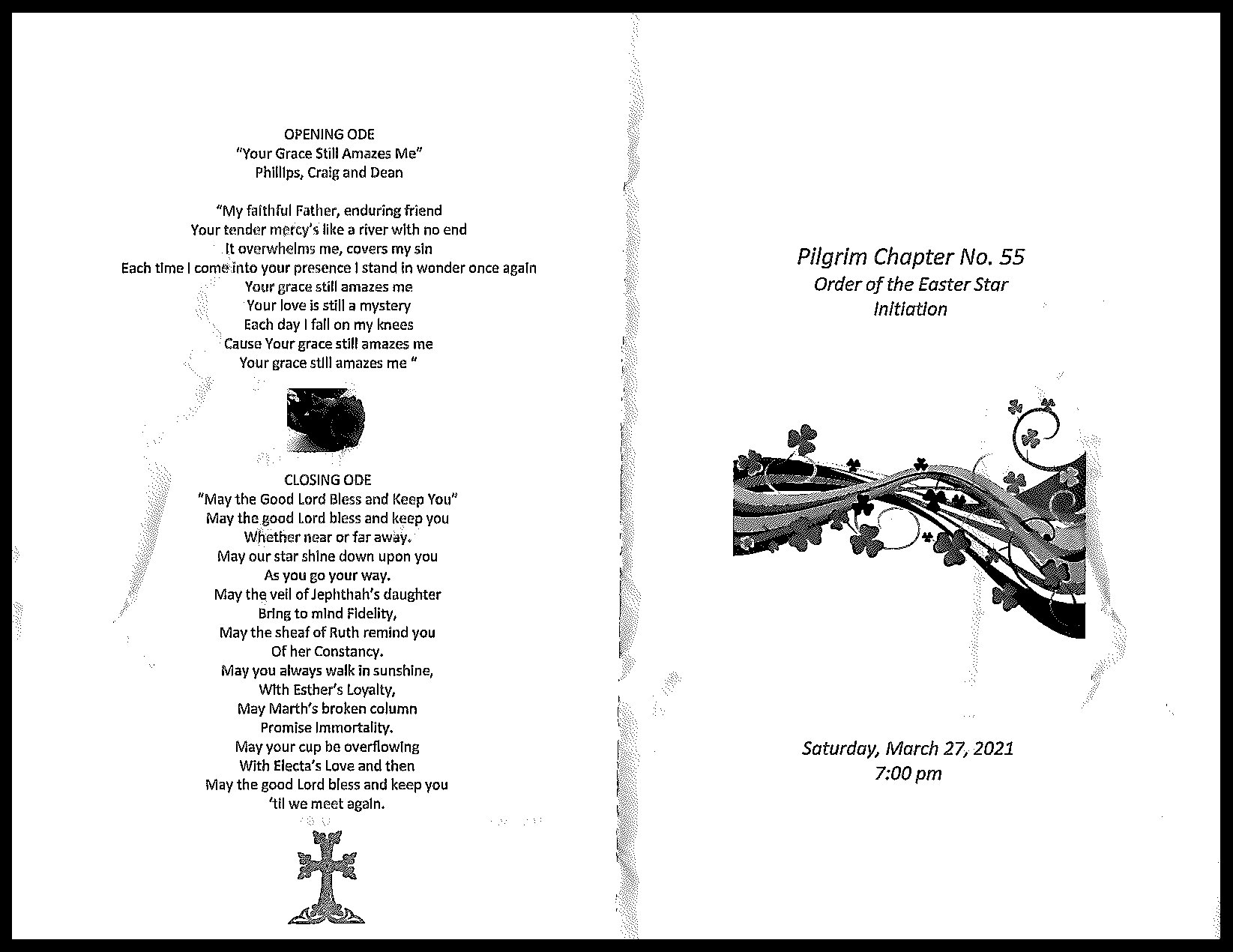 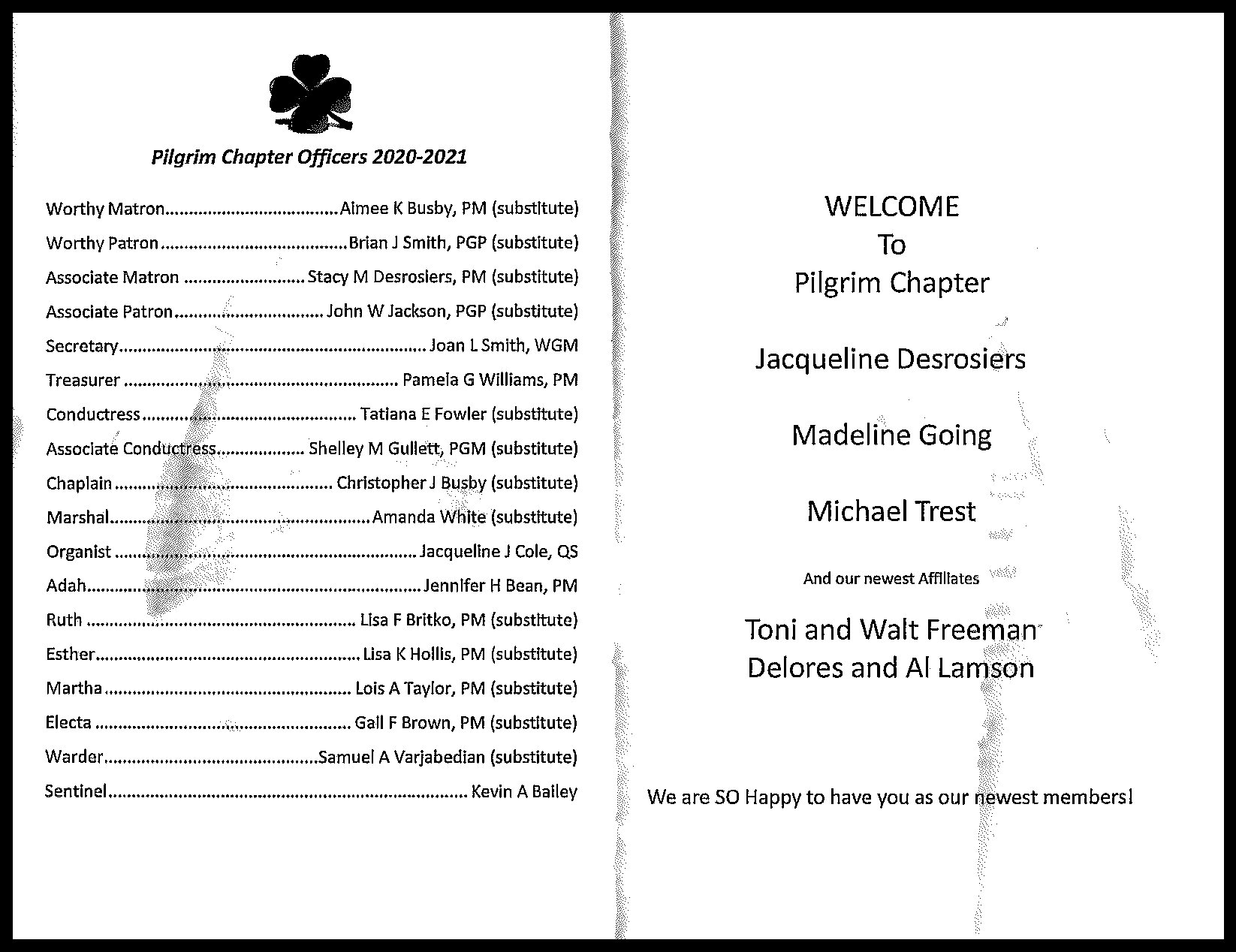 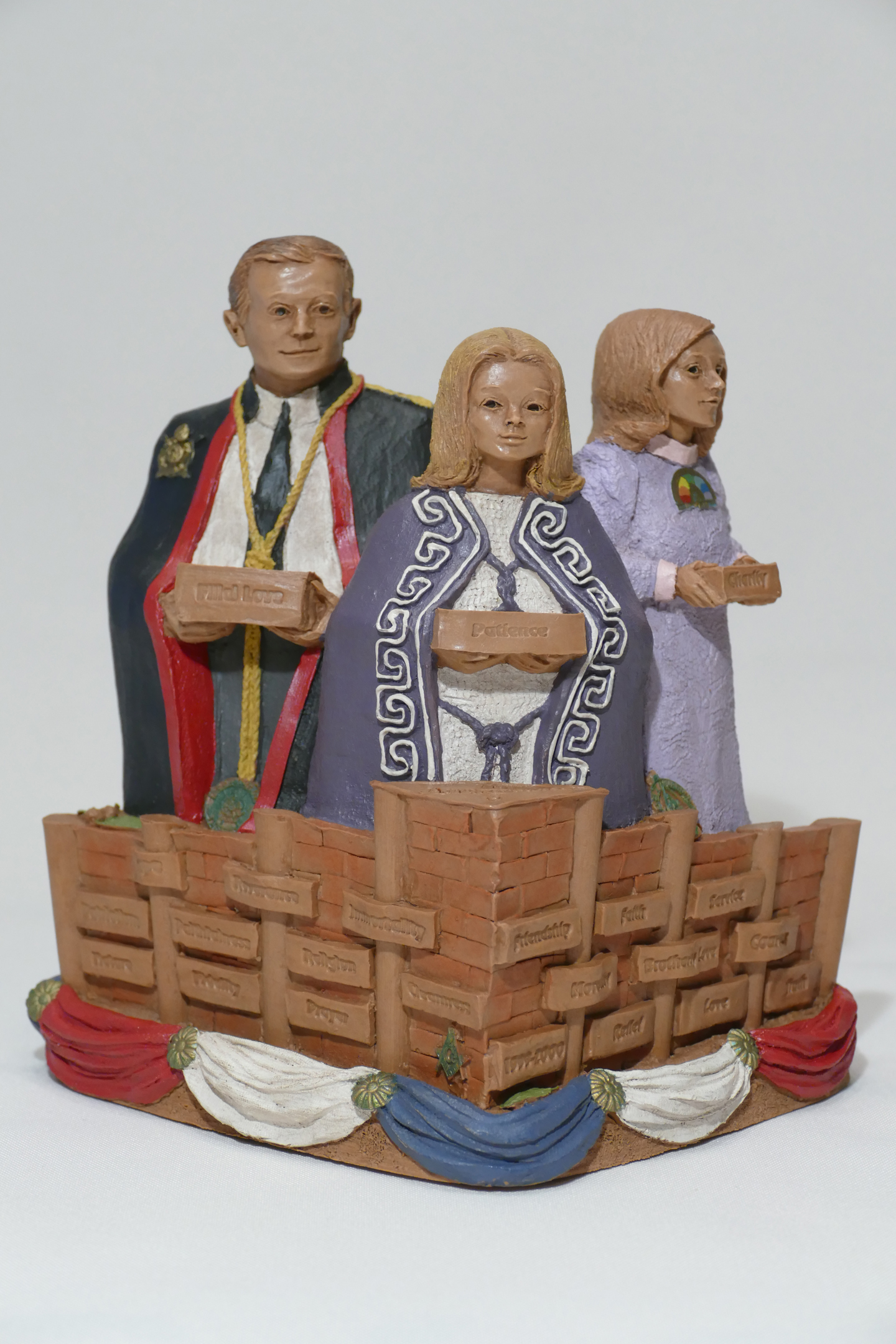 This particular gnome was a gift from Judy and Mike Trest to Nashua Assembly No. 9.

Three of the WoodSpirits (Susie, Constance and Wizardo

) were presented to Pilgrim Chapter.  These gnomes and others were created by Dr. Thomas F. Clark. He was born October 19, 1928 in the small town of Elizabethtown, North Carolina. He received a B.A. from Davidson College, a B.D. from Union Theological Seminary in Richmond, Virginia, and his Ph.D. from the University of Aberdeen in Scotland. In 1989 he received the Distinguished Alumni Award from Davidson College (an honor bestowed on his father 40 years earlier!). Dr. Clark was an Associate Professor of Religion at Davidson College for over 25 years, teaching courses in theology and religious art. Dr. Clark has attended art schools around the globe,most notably: Richmond Polytechnical Institute; Roberts School of Art in Aberdeen, Scotland; San Michel de Allende in Mexico; Boston Museum of Fine Arts School of Art; and the London City and Guilds School of Art. In 1978 Dr. Clark sculpted a small gnome for his own amusement, inspired by the cover art on the popular book “Gnomes, illustrated by the late Rien Poortvliet. Using his keen imagination, he began sculpting other small forest-dwellers, and celebrated their life of harmony with the natural world by naming them “Woodspirits”.  As an added note, the husband of Organist Mrs. Jacqueline Cole, was the Regional Sales Manager for this delightful spirits.

You Must Have Been A Beautiful Baby

Project Ended … Hope someone gets lucky

Pay your current and past dues here. If you are paying just per capita please use US Postal to pay that and send to our [...]

Past Matrons and Past Patrons

Past Matrons and Past Patrons